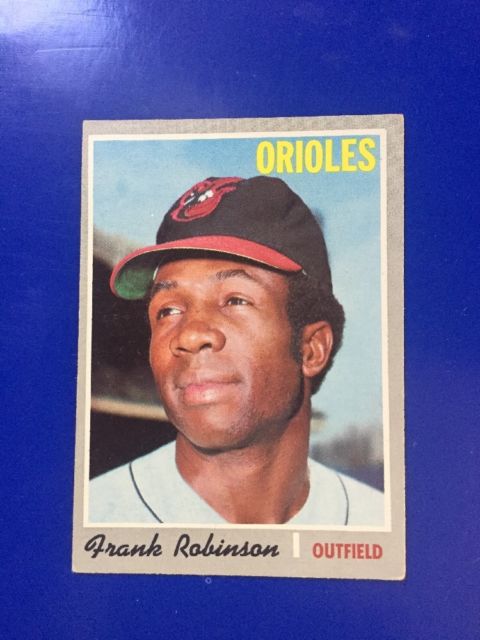 I keep thinking about Frank Robinson, the Hall of Fame baseball player who died at 83 three days ago. He was the first African American to manage a MLB team and the only man to be named MVP in both leagues. I’ll list some of his other achievements below, but first a personal story:

The 1970 Baltimore Orioles (with the two Robinsons, Frank and Brooks) were one of my favorite teams of all time. That October, when they beat Frank’s old team, the Cincinnati Reds, in the World Series in five games, I had just “purchased” a tiny, tiny transistor radio, probably with Bazooka Joe bubblegum wrappers. In those days, Series games were played during the daytime during the week. I took that radio to my grade school and listened to the Series in class, with the left side of my head turned away from the teacher so he couldn’t see the thin line of the wire attached to the earbud in my left ear. I never got caught.

That 1970 Orioles team had seven All-Stars on it, and except for Frank, who was paid $125K, none of them made more than $65K. The Series that year, by the way, featured the first African American ever to umpire a Series: Emmett Ashford.

Okay, here are some more of Frank Robinson’s achievements:

RIP, Mr. Robinson. Thank you for giving so much pleasure and inspiration to a little white boy with a tiny radio.