A new post on my WritingtheNorthwest.com site looks at an essay on an old growth forest in Oregon that’s part of my friend Tom Montgomery Fate‘s new book collection, The Long Way Home: Detours and Discoveries.

The essay is full of sharp observations of the NW environment by a native Iowan, and the book takes you on trips of discovery to other places too: the Pine Ridge Reservation, the backwoods of Ontario, the Philippines, Nicaragua, and Midwest backroads.

If you have children, grandchildren, nieces, nephews, or just young friends in the 4-8-year-old range, consider gifting them this beautifully written and beautifully illustrated story.

The author is the amazing Patrice Gopo, my co-mentor in a Collegeville program for emerging writers this coming fall and winter.

Here’s a summary of the book:

In her first picture book, author Patrice Gopo illuminates how family stories of far-off lands help shape children, help form their identity, and help connect them with the broader world. Her lyrical language, paired with Jenin Mohammed’s richly textured artwork, creates a beautiful, stirring portrait of a child’s deep ties to cultures and communities beyond where she lays her head to sleep.

You can learn more about the book and order a copy here.

I hope you’ll take a moment to read this honest and moving piece by Robin Bartlett, a writer I worked with last year at Collegeville: Memento Mori.

Here’s what Robin wrote when she posted it on Facebook today:

I am a preacher and not a writer, but today my writing is published in a magazine. The writing teacher that I worked with at Collegeville Institute, Michael N. McGregor, really pushed me to stop sermonating and start sharing more of myself. As a result, this essay is much more personal than what I typically preach, so it feels a little bit like “bleeding in public.” But here it is, in public anyway. Thanks, Notre Dame magazine, for giving me this forum. And thanks, Michael, for believing in me. 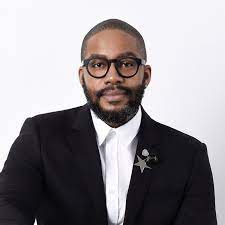 My former student, Mitchell S. Jackson, was just announced as the winner of a 2021 Pulitzer Prize in Feature Writing for his incredible piece on Ahmaud Arbery for Runner’s World.

And last night he received a National Magazine Award in Feature Writing for the same piece!

I gotta brag here: Mitchell’s first published piece of journalism was written in one of my classes back in the early 2000’s. I’m so very proud of all he has done since then.

You can read the Pulitzer citation here.

And you can read the incredible article Mitchell won the awards for here.

Every year around this time, it seems, friends, acquaintances and former students publish a bunch of wonderful books. To help get the word out and give you some reading ideas, here are brief descriptions and links:

1. TWO of the best books of ROBERT LAX‘s poetry are being reissued in paperback after many years of being impossible to find for a reasonable price:

LOVE HAD A COMPASS, Grove Press. This one came out last week.

2. THE ATLAS OF REDS AND BLUES by my grad school classmate Devi S Laskar, Counterpoint Press. This chilling and deeply personal novel shows the ramifications of racism in this country. It has been praised everywhere. Published in early February.

3. MOTHER WINTER by my former student Sophia Shalmiyev, Simon & Schuster. Another book being lauded all over, this one is a feminist memoir about Sophia’s harrowing early childhood and the move to America that meant leaving her troubled mother behind. It’s also about becoming a mother herself. Released two weeks ago.

4. SURVIVAL MATH by another former student of mine, Mitchell S. Jackson, Scribner. In this memoir/social investigation, Mitchell looks at the various members of his African-American family and the different ways they dealt with and were affected by the poverty, violence, drugs–and community and love–in his North Portland neighborhood. This one doesn’t come out until March 5 but it’s already receiving all kinds of press.
(If you haven’t read Mitchell’s prize-winning novel, The Residue Years with a similar theme, do that too!)

5. THE GOSPEL OF TREES by yet another former student, Apricot Anderson Irving, Simon & Schuster. I wrote last winter about this beautiful memoir of growing up in a missionary family in Haiti and the questions about faith, cross-cultural interactions and one’s own place in the world it addresses. I’m including it this year because the paperback comes out March 26.

6. HALF THE CHILD by another grad school classmate, William J. McGee, William J. McGee. This novel takes you inside the relationship and struggles of a divorcing dad and his toddler son–a rare, compassionate view. Already available.

7. PLACEMAKER: CULTIVATING PLACES OF COMFORT, BEAUTY, AND PEACE by Christie Purifoy, Zondervan. I worked with Christie during one of my Collegeville Institute writing weeks. Starting from her restoration of a Pennsylvania farmhouse and the idea that we are all gardeners in one way or another, Christie writes about the need to create and live within beauty. Comes out on March 12.

8. CONFESSIONS OF A BAREFACED WOMAN by Allison Joseph, Red Hen Press. Allison was my colleague at Southern Illinois University two decades ago and has sent many beautiful poetry books into the world since then. This is one of her most personal, “highlighting in turns light-hearted and harsh realities of modern black womanhood” (says the Amazon description).

9. LOSING MY RELIGION by William Mills, Resource Publications. I worked with Bill at Collegeville too. This is his story of taking over as the priest at an American Orthodox congregation and the chaos that ensued.

10. INHERITANCE by Dani Shapiro, Knopf. I taught with Dani in the Manhattanville College MFA Summer Writers’ Week last year. If you’ve been paying attention, you probably know about this memoir of learning through DNA testing that her father wasn’t her biological father and the upset that caused in the life Dani had made for herself. It came out in mid-January and has become a bestseller already.

11. REAL DAUGHTER by Lynn Otto, Unicorn Press. Lynn was in the poetry program at PSU but took a couple of classes from me and has become a good friend. I heard her read from the book and it is lovely. You can hear her read poems from it yourself here: https://player.fm/…/flash-briefing-lynn-otto-reads-yolked-f…

12. SEARCHING FOR SYLVIE LEE by Jean Kwok, William Morrow. Jean was my classmate in the MFA program at Columbia. This novel doesn’t come out until June 4 but it is already receiving HUGE press, including appearing on many “most anticipated” lists. It looks amazing.

13. I AM A STRANGER HERE MYSELF by my former colleague in the nonfiction program at PSU, Debra Gwartney, University of New Mexico Press. It comes out March 1. This book won last year’s River Teeth Literary Nonfiction Prize. I’ve read excerpts and it’s wonderful. It’s a researched meditation on Narcissa Whitman, the first white woman in the Northwest, and a memoir of the strong women in Debra’s family, who have lived in the NW for generations. (If you haven’t read Debra’s last memoir, the popular and intense Live Through This, go get that one too!)

For some reason, a number of people I’ve worked with in the graduate program at Portland State University or my summer coaching at the Collegeville Institute have new books coming out right now.  Here’s a list for you to choose from.  All of these people are terrific writers or, in the case of David Naimon, a terrific interviewer AND writer:

*March 6: The Gospel of Trees: A Memoir by Apricot Irving, Simon & Schuster–“Award-winning writer Apricot Irving recounts her childhood as a missionary’s daughter in Haiti during a time of upheaval—both in the country and in her home.”

May 8: God, Improv and the Art of Living by MaryAnn McKibben Dana, Eerdman’s–“The central principle of “yes, and . . .” in improvisational theater has produced a lot of great comedy. But it also offers an invigo­rating approach to life in general, and the spiritual life in particular.”

And here’s one more–not by someone I’ve worked with but by a marvelous naturalist/biologist and friend:

+January 29: Everyday Creatures: A Naturalist on the Surprising Beauty of Ordinary Life in Wild Places by George James Kenagy, Dockside Sailing Press–“A collection of thirteen simply and elegantly told nature stories, set in time over the course of a naturalist’s lifetime.”

+first book in this genre