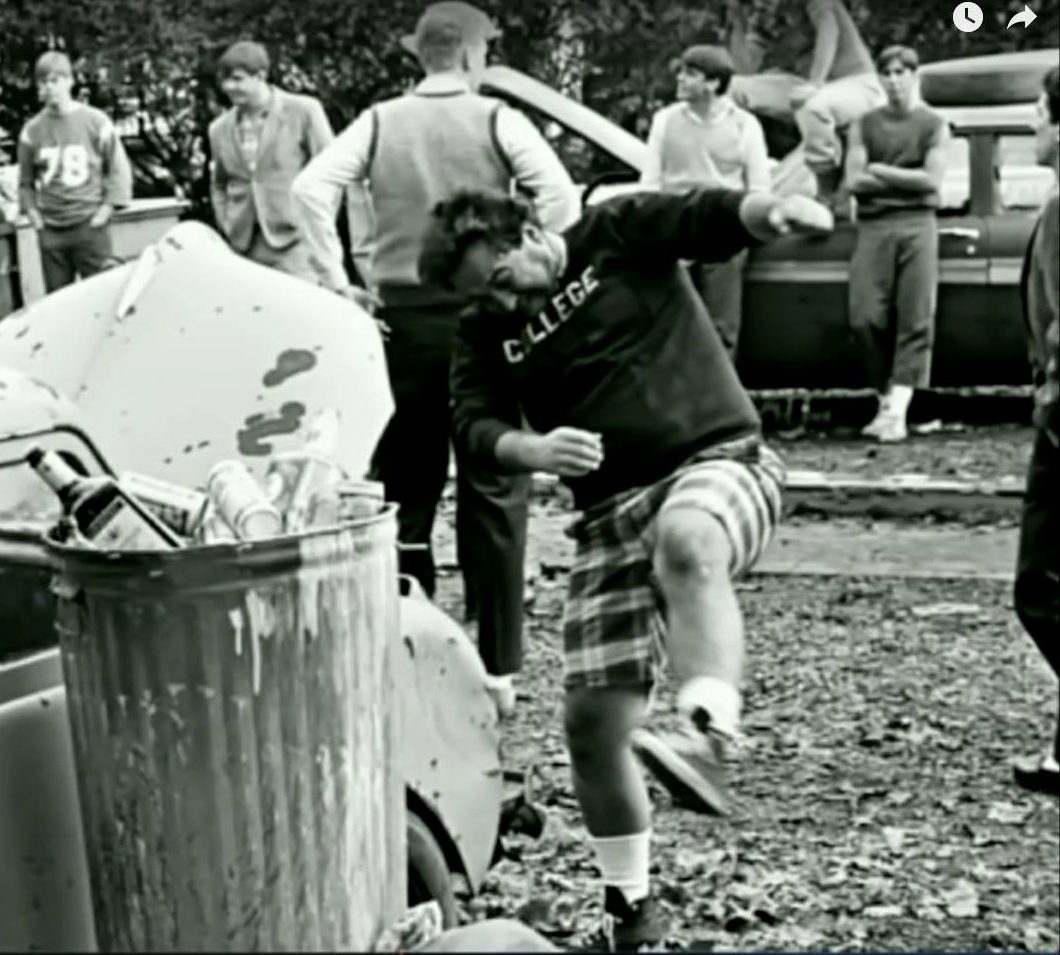 I went to the Stanford-Oregon game on Saturday night, which was broadcast nationally, and jokingly told a friend to look for me on TV, not knowing a picture of me had already appeared on that morning’s ESPN College GameDay. They showed a short video about “Animal House” that included this still. That’s me (in the center) and my college buddy Brad McCuaig behind John Belushi.

The movie was shot on the University of Oregon campus in the fall of 1977 when I was just beginning my sophomore year there.  All you had to do to be in it was get a haircut, they said, so I lined up with the others and had my head shorn.  Then I worked as an extra for a week, meeting Belushi and the movie’s other future stars and playing fussball with Karen Allen once.  After a week, though, the standing around was too boring and I didn’t want to miss any more classes, so my time as a film actor ended.

No one had any idea, of course–not even the director, John Landis–that the movie would go on to be one of the most iconic comedies of all time.  I remember a quote from Landis saying that the movie might do only modestly well but it would make stars of its young actors.  He was wrong on the first point but prescient on the second.  The young and mostly unknown actors in the movie who went on to big careers included Belushi, Allen, Kevin Bacon, Tom Hulce, and Peter Riegert.  In the game Six Degrees of Kevin Bacon, my Bacon Number is 1.