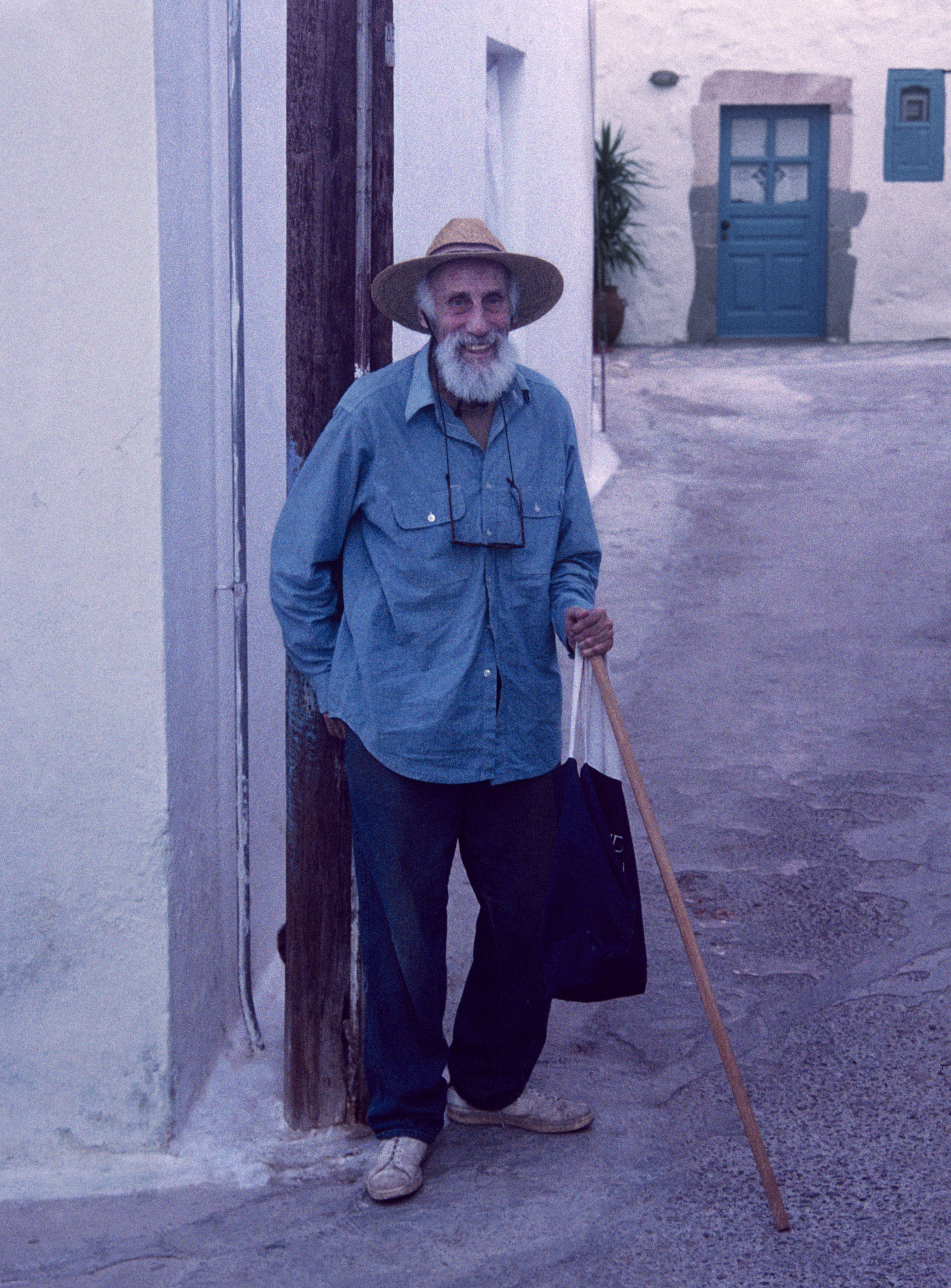 These thoughts were published on Nov. 4 on the Christian Century‘s Then & Now blog:

When the Greek islands were hospitable to strangers

Recently the online world has been filled with images of people in desperate conditions, images not from Pakistan or Syria but from the Greek islands closest to Turkey: Chios, Lesbos, Leros. One picture showed a migrant raft landing near sunbathing tourists on Kos, an island I once knew well. It was a way station on my yearly visits to the nearby island of Patmos, where St. John was once a refugee himself. I went there to visit another immigrant to Greece: a spiritual poet named Robert Lax, who was Thomas Merton’s best friend.

Lax made his home in Greece, first on the island of Lesbos, then on Kalymnos, and finally on Patmos. One reason he did this was that the Greek Orthodox islanders lived their Christian faith more deeply and fully than other people he’d known, and this included following the biblical injunction to show hospitality to strangers. When Lax landed on Lesbos in 1962 and then traveled through the islands, people came out of their homes to give him things—loaves of fresh bread, water from a well, an apronful of almonds.

They did this because he was a stranger passing through a land that had few strangers in it. And because they believed the words of Jesus in Matthew 25:40: “As you did it to one of the least of these my brethren, you did it to me.” Even when I started visiting in the 1980s, the Greek islanders were still overwhelmingly hospitable, calling out to me to offer oranges or water or ouzo.

It wasn’t until 2006 that I witnessed a different response to people entering the country. As I walked to a beach on Patmos one day, a voice called out to me. Off to my left in a decrepit building—a onetime school or government structure—the second-floor windows were lined with thin, dark-skinned men apparently being detained. The one calling out asked me to come nearer. When I did, he pantomimed that he wanted a pen. When I pulled one out of my pocket, he lowered a kind of bucket on a rope made of rags. Then, as the men in the windows were smiling and nodding their thanks, two Greek women arrived with bags of supplies for them—cigarettes and food and sodas. These women may have been the last remnant of those who once greeted strangers openly.

I don’t know if the men in that building were Albanians, who were the main Greek refugees then, or if they were part of the first wave of what has become a flood of Middle Easterners seeking a haven in Europe. The number of refugees pouring into Greece this year, most of them fleeing the fighting in Syria, is more than ten times last year’s number. An estimated 50,000 people entered Greece in July alone. And the conditions they are kept in—in this once-hospitable country—are worse than those I saw as a journalist in refugee camps on the Cambodian border and off the coast of Malaysia during the era of the Khmer Rouge and the Vietnamese boat people.

No doubt some of the Christian people in Greece are calling the refugees crossing the watery border “criminals,” “terrorists,” and even “rapists,” as migrants have been called by some in the U.S. Given the economic situation, it makes sense that Greeks would be afraid. The once healthy flow of EU money has thinned, and unemployment—even without migrants—is at 25 percent (50 percent among youth). Where, though, I wonder, lies the line between biblical hospitality and self-preservation?

“Whoever is kind to the poor lends to the Lord,” says Proverbs 19:17, “and he will reward them for what they have done.” The question for God, I suppose, is Is there a limit? Can you really expect us to welcome anyone? What about our own safety?

When he was young, the poet Lax, like his friend Merton, chose to live simply, without possessions he’d need to protect. But he did it out in the world, on his own, not in a monastery. His small house on Patmos had a lock, but he left the key in the outside slot. I wonder now, 15 years after his death, as people are celebrating his centenary and Merton’s, how he would view these refugees. I wonder, too, how I should view them, having known and written a book about him. Having been a Christian all my life.