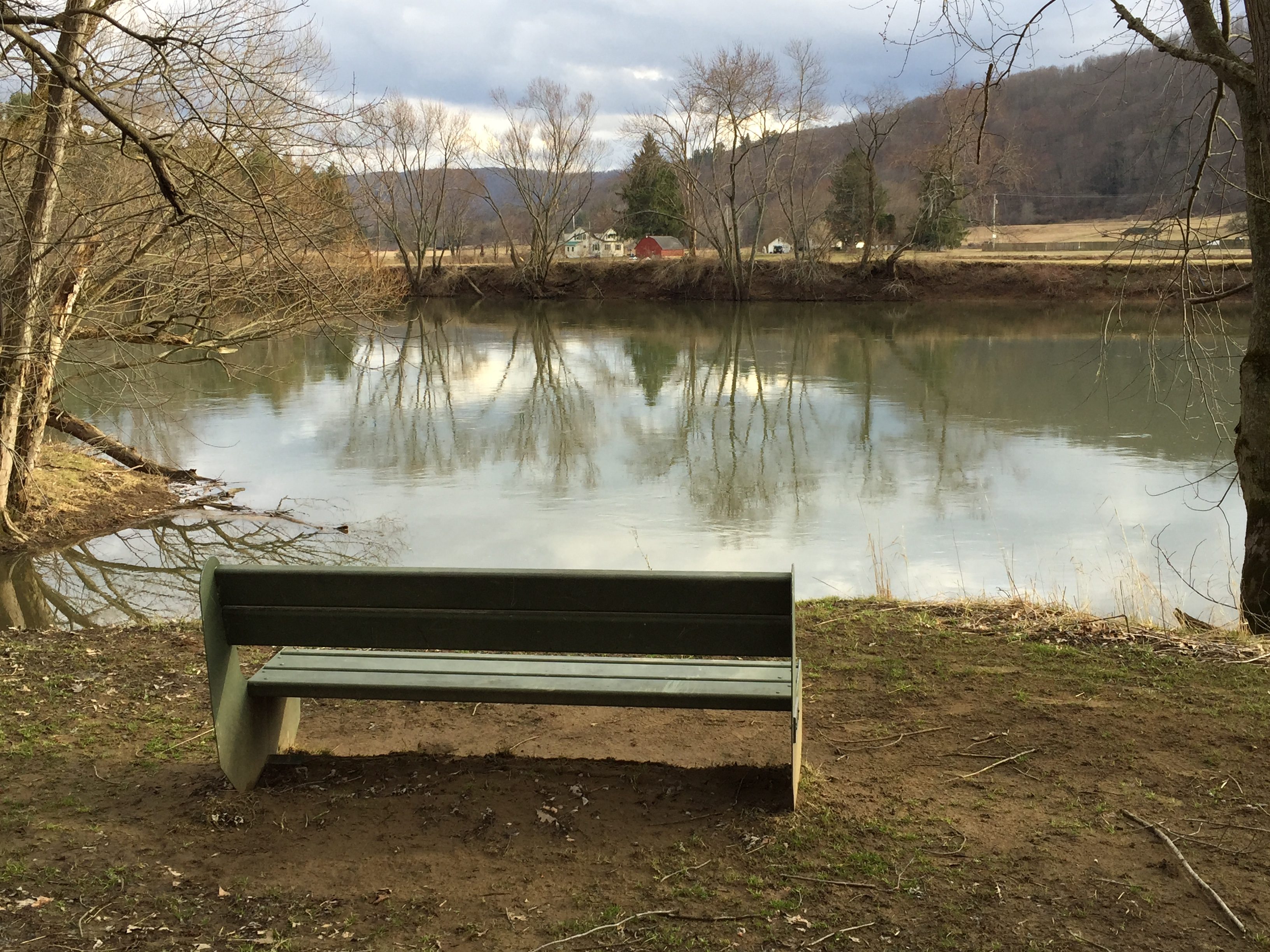 This one might be a bit overwritten, but it still holds true–maybe even truer than ever in our internet, smart phone, and 24-hour-news world:

For a day, maybe two, at the end of my summer tours — three-week marathons of exposure to and care for other people — I feel a sense of panic, as though the earth has been pulled out from beneath my feet and I am suddenly falling down to the depths of an unvoiced despair — without support, without recourse, without even a self to rely upon.

For a day, maybe two, I want nothing but to be back with the people I so recently wanted to leave behind, the people who have surrounded me night and day for three weeks, who have worn me down with their needs, their wants, their insistent demands.  I feel a need for them, a desperate need, as though I will expire if I’m not wrapped in their cares, their words, their presence.

For a day, maybe two, there is one person with whom I don’t want to be left alone, one person who makes me feel as though I’m nothing despite the favorable evaluations, the thank-yous, the words of praise.  He says nothing but he is there, waiting–in my room, on the street, in the little cafe where I go for a rest and a cafe au lait.  He promises nothing, threatens nothing, asks for nothing but my presence alone with him.  Yet I am filled with fear of him, with fear of the unknown, for he is myself.

On the third or fourth day, if I have resisted the panic-driven urge to surround myself with other people, my fear recedes.  If I have kept to myself, weathered the fear, the feeling of uselessness, the lack of hope, on the third or maybe the fourth day I rise again from the grave of despair and I am a changed man.  I have entered a new reality, a new world, a world in which my self comes to me as the perfect companion — both pupil and teacher, playmate and partner, parent and child.

There is a still, small voice in each of us that fills us with more fear than the winds and storm with which we surround ourselves.  We want more of ‘life’ — whatever ‘life’ might be — and so we try to reach out farther, to push ourselves faster, to consume more and more, all the time trying to silence this voice inside that is telling us we are lost int he void of the universe.  It whispers so softly that we think we can ignore it and the import of its words but they echo loudly through the empty spaces of our souls, reverberating through the chambers of our hearts, telling us over and over again that in our search for something more we have found less, we have stretched ourselves so fine that we are about to break, spread ourselves so wide that there is no center left.  No center, just a still, small voice of which we are afraid.

Then something happens.  We have an accident that keeps us from working.  Or we hear that a relative or good friend has died.  Or one day our mind or heart gives out and we enter a period in which nothing matters at all.  And because we no longer desire those things we desired, wee no longer fear those things we feared — including the still, small voice.  And yet we go on ignoring it until every other voice has been stripped away, until we are left alone with hits whispers, its echoes, its words.  The panic comes anew.  Our impulse is to run and find someone, anyone, to be with, but we are tired of the world, tired of its ways and everyone who goes about them.  So we sit with the voice, like two people who suddenly find themselves alone together on a park bench.  The voice asks a question and despite ourselves we answer.  The question is about us and in the timbre of the voice we sense a sincere desire to know, a desire we suddenly realize has been missing from every other voice we’ve heard for…how long?

The voice both probes and reassures; it lets us know how little we really know ourselves and at the same time makes us believe that we can know ourselves, that there is still time.  It begins to pull out of us thoughts and feelings and dreams that amaze us for we never realized they were there.  We are frightened of them at first — they seem unreal, like phantoms that have risen from the murky earth to mock us — but the voice assures us that they are real and comely and speak the truth.  They want us to know them because they are part of us, they are us, and we see for the first time that we have always thought that the thoughts we were thinking and the feelings we were feeling — thoughts and feelings given to us by others — were ours.  And dreams — why, we didn’t even realize that we had dreams.  And suddenly we feel a wriggle of excitement, a sense that we have at last found a clue to what ‘life’ is all about.  The solitude we once feared we now crave.  We seek silence, for only when the noisy ways of the world have been filtered out can we hear what the voice is telling us.

Life presents a dilemma then, for we must work to make a living and yet we no longer have the same desires, the same wants and needs of those around us.  In fact, when we re-enter their world it all seems a bit silly and wrong-headed.  We crave silence, but after a few weeks away from it we find that we fear it again, too.  We must pull away and live with the fear of ourselves again for a day, maybe two.  We must die again tot he world, knowing that on the third day, or maybe the fourth, we will rise to a new reality, a new world — the world of our true thoughts and feelings and dreams.  The world of that still, small voice that tells us who we really are and what ‘life’ — our life — is all about.