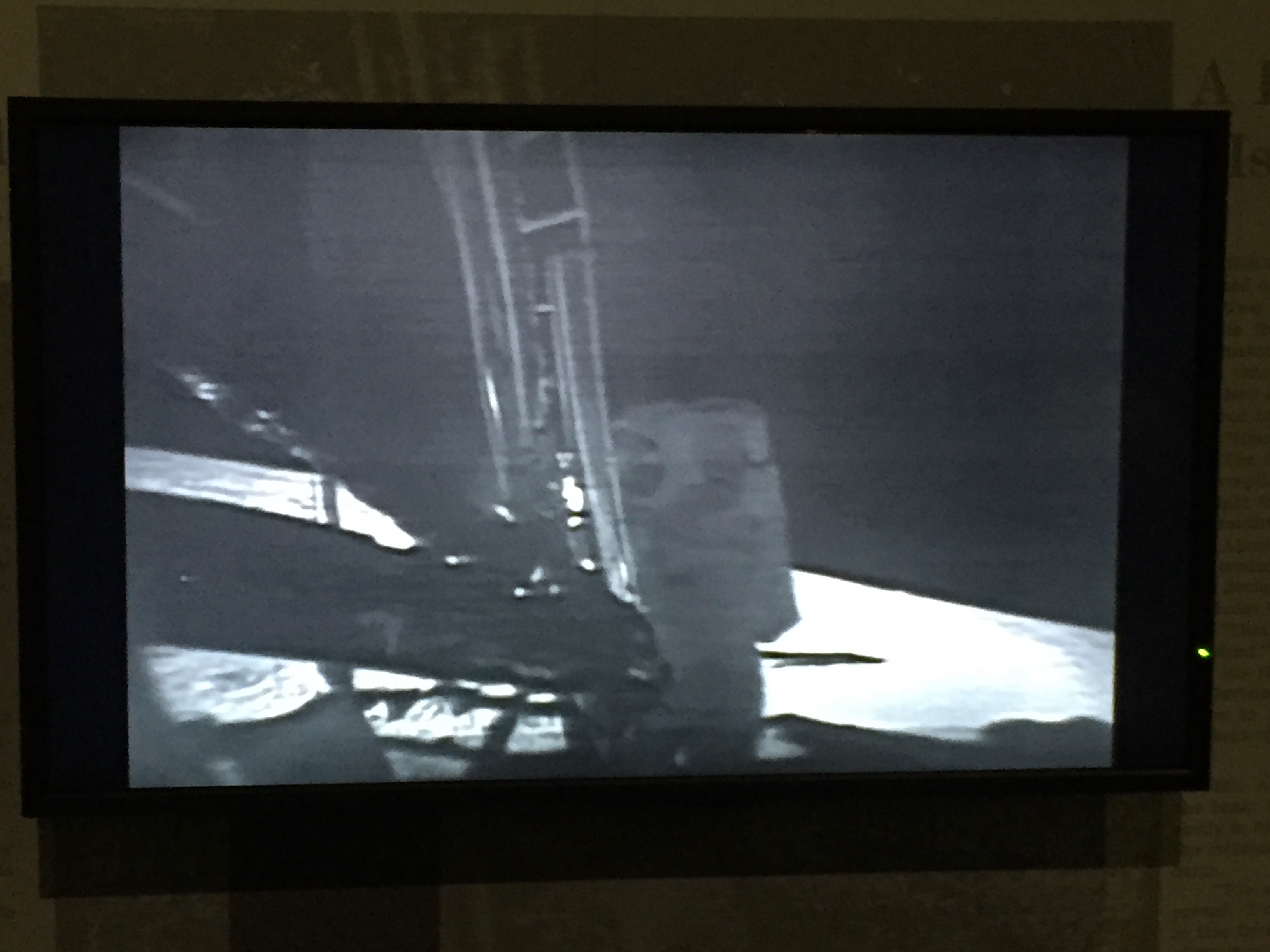 I know exactly where I was 50 years ago tonight: at Camp Parsons, a summer camp run by the Boy Scouts on Hood Canal in Washington State. The night did not start out well. I was assigned KP duty for dinner, the duty no one wanted. I can remember as clearly as if it were yesterday standing in the industrial-looking kitchen holding a large metal pot with mashed potato remains clinging to it. When I asked whoever was supervising me how I should clean it out, he grabbed my hand and thrust it into the cold, disgusting remains. I hated him instantly, of course, and that feeling hadn’t dissipated when I was finally released to go back to the tent I was staying in.

It was late by then and I was crossing the camp alone when I heard a loud cheer come out of one of the counselors’ cabins. The door was ajar and I inched that way to see what was happening. One of the counselors saw me and told me to come in—and there, on a small black-and-white television was the grainy image (shown here) of a man in a white space suit. It was Neil Armstrong, who had just taken his first step onto the moon. There, in the doorway to that cabin, while all of the other campers were sleeping or reading or playing around, the eleven-year-old me watched those first minutes men walked on the moon and heard their words about coming in peace.

I had been a huge space fan for years already. In addition to building a model of the Gemini capsule, I had checked out books at the library on the history of rockets and space flight. I’m sure I was terribly disappointed when I learned that I would be at camp, without a television, when the moon landing happened. But it all worked out. What could have been better, in fact, than walking out into that dark camp afterward, looking up at the moon without the lights of a city around me, and thinking: There are men up there, right now. Of course, the moon would never look quite the same after that—to me or to anyone else.