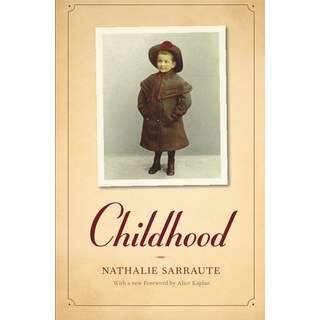 I’m thinking today about forms in memoir writing, both the forms our memories take and the forms we use to present them to readers.  It seems that true memories come mostly in fragments—an image, a snippet of conversation, maybe a sequence of actions leading to what, in retrospect, seems a significant moment.  That’s how memories come to us the first time, anyway—when a smell reminds us of a childhood moment, for example, or a sound takes us back to somewhere we’ve traveled.  When we go back to those memories, though, they start to change.  I read once that once we remember something one time, every subsequent memory is only a memory of the memory before.

What happens, I think, is that once we become conscious of a memory, we start to examine it for meaning.  We zero in on one or two elements, invest it with a deeper emotion then it came to us with or, if it seems important, turn it into an anecdote or even a full story.  It seems to be true that if you sit quietly with a memory, maybe start writing about it, you can remember many more details than you did at first.  As your mind brings these details forward, though, it looks for connections between them, patterns, significance.

The question arises then: What happens to these memories once they’re brought to full consciousness?  Are they really memories?  Can we trust them?  And if we want to write about them, how do we do so honestly?  What form can we use to convey them as accurately as possible?

My favorite memoir is Childhood by the French novelist Nathalie Sarraute.  I like it because Sarraute’s approach to “evoking” her childhood memories, as she calls it, is to put two voices on the page.  The voices are obviously constructs and just as obviously two parts of her own mind.  The first voice is the main presenter of memories.  The second voice challenges the first, questioning whether the memories it presents are actual memories rather than something heard from someone else, forcing it to go deeper into difficult memories, and keeping it honest when it tries to turn an incomplete or less-coherent memory into a polished story.

Sarraute’s book is as much about how we remember our lives and what we tend to do with the memories once they come as it is about her own childhood.  Among other things, she looks at where images or sayings that live in her mind originated and questions the views of situations and people (including their motives) she has long clung to.  She seems to be saying, “I’m a mature woman now.  I can look honestly at those early pains and influences I’ve kept at arm’s length or concocted a safe story for.”

One important determinant of what form memory takes in a memoir is how much the memoirist chooses to externalize the memory.  Many memoirs are written as scene-scene-scene-scene, like traditional novels.  Each scene is carefully composed, with all of the elements necessary to make it a scene: characters, setting, plot, dialogue.  This is the way memory is usually presented in mainstream movies: Suddenly we are watching a scene in the past, not from the limited view of the character remembering but in full, with a full set of scenic details the character couldn’t possibly have remembered.

This movie approach is a convention, and many memoirs are written just as conventionally.  We accept the scenes and the details in them because they engage us, drawing us into the narrator’s world.  They conform, too, to how we expect stories to be told.  We don’t think much about the mind of the person remembering; we simply live the stories being told, seeing and hearing and smelling the sensory details.

What Sarraute and other memoirists do, however, is take us more fully into the mind of the author.  Rather than encouraging us to get lost in the story—to suspend disbelief—they focus on their minds at work: the conscious turning over and questioning of memories, the searching for meaning, the provisional constructing and even destructing of stories and images.  The scenes and half-scenes they present can be just as vivid and evocative, but they don’t pretend that the sensory details they offer are necessarily accurate.

In any piece of personal writing that involves memory, there are two consciousnesses at work.  One is the consciousness of the younger self in the moment of action or decision or even earlier contemplation.  The other is the consciousness of the present, of the author as she’s writing about that earlier version of herself.  In my classes I speak of this present consciousness as being thinner or thicker on the page.  If it’s thinner, the story is generally more externalized, more scene-based, more story-like.  If it’s thicker, the reader is more aware of being inside the mind of the author, where meaning-making and questioning take place.

This is a continuum rather than an either/or choice.  Every memoir falls somewhere along it.  Perceptive readers of memoir look for signs on the first few pages that indicate where this particular memoir stands on the continuum and read what follows accordingly.  For, in writing memoir, we aren’t putting pristine, clinical memories on the page.  We’re evoking a past, exploring self-creation, and searching for meaning in the life we’ve lived.